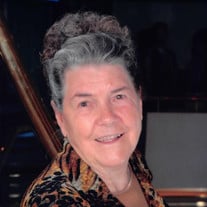 Annie "Anna" Sullivan, 89 of Hazelwood. Anna Lee Sullivan was born in Naylor, Missouri, on September 1, 1931. On June 6, 2021, she passed away peacefully in her home at the age of 89 as a result of years of Parkinson’s Disease and went on to her final reward. Beloved and devoted wife of Shelton “Red” Sullivan for 52 years, dear Mother of Lynn (Debbie) Sullivan, the late Gilbert (Barbara) Sullivan, the late Kenneth (Deanna) Sullivan and the late Tim Dugas. Daughter of the late Noah Franklin and Mazie Bishop. Dear Grandmother of Angie (Ryan) McCaslin, Amy (Sam) Gervich, Heather Sullivan, Jessica (Greg) Antal, Andrew (Shanellen) Sullivan, Kristin (Scott) Anderson, Rachael (Josh) Gore, Michael Sullivan, Kayla (Matt) Hullett, and Daniel Sullivan; and Great-Grandmother to 19 wonderful Great-Grandchildren. She is survived by one brother Clarence David Bishop and five Sister-in-laws and three Brother-in-laws; was preceded in death by five brothers and one sister. Anna Lee married Shelton “Red” Sullivan on September 2, 1950. They moved to Aberdeen, Maryland in 1951 when Red was drafted into the Armed Services of the United States Army. While in Maryland, Anna was blessed with a new little boy named Lynn in October, 1951. Soon after in 1952, they returned to St Louis where her husband owned and operated several full-service gas stations for over 50 years in the St Louis area. After Anna worked for a short time at Cromcraft Dinette Furniture in St Louis, MO, she decided being a homemaker was what she was meant to do and soon after, had another little boy, Gilbert, in August of 1956. They moved to Berkeley, MO, to complete their family with another little boy named Kenneth in November of 1962. In 1964, Red opened a new Shell Station and they moved to Hazelwood, MO, where she still resided until the day of her death with her “Angel” caretaker. While living in Berkeley, Anna attended a oneness church in the city pastored by her older brother Earl who later moved to Arizona. Soon after, Marion and Ruth Gunn invited Anna and her family to church in Burke City and the rest was history. The Burke City church later became Florissant Valley Apostolic Church and ultimately The Sanctuary where Anna was one of the founding members and has attended for over 60 years. She served in many ways at the church throughout the years such as visiting the sick, volunteering in the prison ministry and care team ministry, but was best known for ladies’ prayer meetings in her home. Her youngest son Kenny called them “the God Squad” because when they were joined in prayer, they would touch the throne of God! Those prayers covered each and every one of her family members as well as many others. She loved God and her family until her last breath. Her grandchildren were the light of her life. Anna was faithful to God and her family and had many beautiful traits of Godliness, humility in all that she did, she loved everybody and we will forever miss her and those wonderful pies that only she could make! In lieu of flowers donations may be made to: "The Sanctuary" 965 Anglum Rd. Hazelwood, Missouri 63042 in Memory of Anna Lee Sullivan

Annie "Anna" Sullivan, 89 of Hazelwood. Anna Lee Sullivan was born in Naylor, Missouri, on September 1, 1931. On June 6, 2021, she passed away peacefully in her home at the age of 89 as a result of years of Parkinson&#8217;s Disease and went... View Obituary & Service Information

The family of Annie "Anna" Lee Sullivan created this Life Tributes page to make it easy to share your memories.

Send flowers to the Sullivan family.