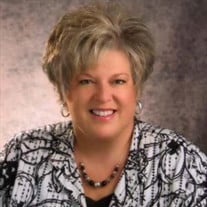 Connie Reneé (Limbach) Clarkston ,55, of Lohman, Missouri, passed away Sunday, January 9, 2022, surrounded by her family after a courageous battle with cancer. She was born October 4, 1966, in Jefferson City, Missouri to James Wayne Limbach and Ethel Mae Limbach Bernskoetter. On September 23, 1989, she married the love of her life, Richard Lee Clarkston, in Mary’s Home, Missouri at Our Lady of Snows Catholic Church. She was a 1985 graduate of Cole County R-V Schools. Connie spent her professional career with the Division of Professional Registration spanning close to 35 years. She joined the Board of Nursing in October 1986 and later served as Director of Budget and Legislation for the Division. She was serving in her treasured position as the Executive Director of the Board of Healing Arts until retiring on May 1, 2021, to focus on her health. Along the way she had opportunities to serve as a mentor to numerous people and developed many lifelong friendships. In her free time, she enjoyed doing many things, such as cake decorating, designing quilts, cross stitch, traveling, and time spent with family and friends. She is survived by her husband Richard Clarkston, daughter Kallee, and son Dakota of Lohman, Missouri. Her father Wilbur Bernskoetter of Henley, Missouri, sister Brenda Otto (Alphonse) of St. Elizabeth, Missouri, brother Larry Limbach(Dayna) of Henley, Missouri, brother Terry Bernskoetter (Stephanie) of Henley, Missouri, brother in-law Greg Clarkston (Matt Dezan) of Columbia, Missouri, sister in-law Pamela Jenkins(DeWayne) of Centertown, Missouri, Kimberly Clarkston, Jefferson City, Missouri, and Andrea Koetting (Mitch) of Jefferson City, Missouri. Connie has 9 nephews, 2 nieces, 2 great nephews, and 3 great nieces. She was proceeded in death by her parents James Limbach and Ethel Bernskoetter and her father and mother in-law, Lawrence and Helen Marie Clarkston. A prayer service will begin at 3:00 followed by the visitation from 4:00 to 8:00 on Friday, January 14, 2022, at St. Martins Catholic Church, St. Martins, Missouri. Funeral on Saturday, January 15, 2022 at 11:00 am in St. Martins Catholic Church, St. Martins, Missouri with the burial at St. Martin’s Catholic Cemetery (West). The Funeral Mass will be livestreamed on the Church and Funeral Homes Facebook pages. Memorials are suggested in Connie’s name to St. Peters Catholic School in Jefferson City, Missouri, or St. Martin’s Church, in St. Martin’s Missouri.

The family of Connie R. Clarkston created this Life Tributes page to make it easy to share your memories.

Send flowers to the Clarkston family.