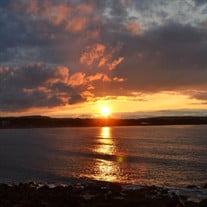 Not sure what to send?

A Time To Be Born: Nathaniel Verser was born in Dumas Arkansas on May 23, 1941, to the Late Green and Magie Verser. A Time To Grow: Nathaniel Verser, attended School in Widener Arkansas. He resided in Widener Arkansas, until he relocated to Chicago, Illinois. Later in life he moved back to Widener, until 2015 when moved to St. Louis, so he could be close to his last sibling Annie, so she could look after him. He moved to Pope John Paul Senior Living and he loved that place. Especially when he found out they had dance parties. Once a month he loved to dance. He lived there until he fell and broke his hip, and he could no longer live alone. That's when he moved to Delmar Gardens. At first he didn't like it, but they treated him so good , he began to like it and that is where he remained until May 7, 2022, when God called him home. Nathaniel preceded in death by his parents Green and Maggie Verser, three sisters Urlee, Mary , Zeopha, three brothers Morris, Robert, Johnnie . To mourn his death he leaves one sister Annie, one brother in law Melvin Thomas of Florissant, Mo. A host of nieces, nephews, cousins and other family. One special care giver that took good care of him Rhonda Quarles, for five years. She was devastated when she could no longer take care of him. Last but not least Delmar Gardens Staff. Nathaniel confessed hope in Christ at an early age at Widener Arkansas.

The family of Nathaniel Verser created this Life Tributes page to make it easy to share your memories.

A Time To Be Born: Nathaniel Verser was born in Dumas Arkansas...

Send flowers to the Verser family.