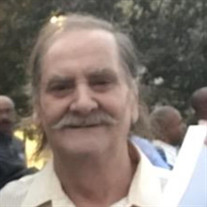 Paul Shellert, Sr. 64 of St. Louis. Worked as an HVAC Installer. Mr. Paul Eugene Schellert Sr, of Saint Louis, MO passed away on Friday, February 28, 2020 at the age of 64. Paul was born to parents Christ and Delores Mae Schellert on October 22, 1955 in Saint Louis, MO and was baptized at a young age. He grew up as the second youngest of seven children and attended South County Technical High School. On September 21,1974, Paul Sr. married Patricia Stevens and the couple had three children, Elisabeth, Paul Jr. and Lisa. For over 20 years he worked in Heating and Cooling as a Installer, with various companies in Saint Louis. When he was not working he enjoyed gardening, watching crime shows, remodeling his home, Mountain Dew, listening to Y98 and spending time with his grandchildren Paul Sr. is survived by his wife Patricia, daughters’; Elisabeth and Lisa; his son Paul Jr. his brothers Glen (Anna) and Greg (Carol); his sisters, Marian (Bruce) Werner, Pamela Hanson, Karen (Jim) Haniwinkle; and his seven grandchildren, Mariah, Marcelis, Marissa, Elijah, Elisia, Eliyah and Cole, and nieces and nephews. He preceded in death by his parents, Christ and Delores Schellert, and his brother James Schellert

The family of Paul Eugene Schellert Sr. created this Life Tributes page to make it easy to share your memories.

Send flowers to the Schellert family.