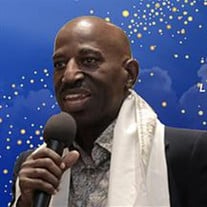 THE LIFE AND LEGACY OF PASTOR RODERICK E. WALKER On September 5, 1958, in the city of Detroit, a baby boy was born who would one day take the world by storm for Christ. This baby was none other than Roderick Earl Walker, born to the union of Olivia and Cleve Walker. He was the oldest of four siblings and the only son. His mother and sister, Renee, preceded him in death. Roderick was a natural athlete playing baseball and football from a very young age. He was educated in the Detroit Public Schools, and graduated from Mumford High School (Mustangs) where he played football, was captain of the team and also was the president of a club called GQ. He went to Kentucky State University on a baseball scholarship, and after an injury to his shoulder, transferred to Western Michigan University where he not only graduated with a BS degree in Construction Engineering, but more importantly, received his BA (Born Again) degree in eternal life, being led to the Lord by a Jewish Christian on campus. God had a plan in the injury. He began attending Bible Baptist Church while in college under the tutelage of Rev. King A. Butler, and began to grow in the Lord, driving the church van bringing many college students to church and leading many to Christ. He was on fire for the Lord and would witness to any and every one. It was said later by some of his converts and now friends that when they would see Rod coming, they would cross to the other side. While in college he joined and was discipled by the Navigators Organization where he learned to memorize and apply the word of God to his life. He also served as Afro-American Ministry Coordinator for Campus Crusade for Christ. Roderick met Melanie, the love of his life, while attending a weekend Christian youth retreat held on the campus of Spring Arbor College in Spring Arbor, Michigan (where he was also introduced to ventriloquism). Both of their churches attended this retreat annually. During the months that followed, they realized they were running the same race, but on different tracks with Melanie working with Youth for Christ and Roderick with Campus Crusade and realized “two are better than one and a three-strand cord is not easily broken” so they decided to run together. They became best friends and nearly three years after they met, they said “I do”. February 5, 2019 would have been the completion of 36 years of marriage. This union was blessed with four wonderful children: Amber, Angela, Andre and Aaron. A few months prior to their marriage, the company where Rod was hired as a construction engineer transferred him to Chicago for a construction project. It was there that they started attending Quentin Road Bible Church which happened to have a Bible College and Seminary. Realizing very early in his salvation that God was calling him to ministry, but not exactly where, he attended and graduated with a BA from Dayspring Bible College. God had a plan in the transfer. He served faithfully at Quentin Road with the youth ministry and as Visitation Pastor and was ordained and commissioned to St. Louis in 1987 where he became the founder and senior Pastor of Grace Bible Church, officially organized in 1988. He later received a Masters of Theological Studies (MTS) from Southwest Bible College and Seminary. Pastor Walker was an avid soul winner. His favorite verse was Romans 10:17, “So then faith comes by hearing and hearing by the word of God.” He was a visionary and could see beyond the present. Sometimes others didn’t understand what he was doing, but he always said, “A vision starts in the heart of one man or woman”. He was also a man who believed in building leaders – teaching, mentoring and discipling according to II Timothy 2:2 – “And the things that thou hast heard of me among many witnesses, the same commit thou to faithful men, who shall be able to teach others also.” Pastor Walker was certified through Biblical Peace Makers, completed counseling through American Association of Christian Counselors, Covenant Seminary and Brookes Bible Institute. He was a certified trainer and facilitator for Prepare-Enrich. He’s spoken around the country teaching on marriage and family, leadership, stewardship and discipleship. He served as the President and Executive Director of Urban Foundation for the Family and the Sky's The Limit Day Camp (TSTL); and on the boards of World Impact and Brookes Bible Institute. He faithfully served until his transition on the board of Overseers for Doulos Ministries in Kansas City and Executive Board of Converge MidAmerica in Chicago. He also served as the St. Louis City Coordinator for the DeVos Urban Leadership Initiative (DVULI [2017-2018]). Pastor Walker was recently certified as a Faith and Health Ambassador for holistic healthy living motivated by his illness and frustration with the plight of our westernized healthcare. Although he succumbed to his illness, he taught and modeled to his church family, friends and all who would listen the need to be ambassadors for our own health by making better choices holistically: physically, spiritually and emotionally. Pastor Walker was a man of many talents. He was a ventriloquist as well as portrayed biblical characters through live drama monologues to help illustrate God's word to all generations. Some of his hobbies included bowling and coin and currency collecting, especially two dollar bills which he used for sharing the gospel and tipping. Pastor Walker leaves to continue his legacy his devoted wife, Melanie; four beautiful children: Amber Naomi, Angela Marie, Andre Nehemiah and Aaron Jeremiah; one grandchild: Nasir Elijah Terry (who affectionately called him G-Daddy [Grace Daddy]); Godson: Gabriel Desince; his father, Cleve Walker and two loving sisters, Miranda Walker and Tangor Pruiett, all of Detroit, Michigan, a host of nieces, nephews, sons and daughters in the faith; his faithful GBC family and many brothers and sisters in Christ around the world. GOD HAS A PLAN FOR YOU, TOO! THE BEST IS YET TO COME!!

THE LIFE AND LEGACY OF PASTOR RODERICK E. WALKER On September 5, 1958, in the city of Detroit, a baby boy was born who would one day take the world by storm for Christ. This baby was none other than Roderick Earl Walker, born to the union of... View Obituary & Service Information

The family of Pastor Roderick Earl Walker created this Life Tributes page to make it easy to share your memories.

THE LIFE AND LEGACY OF PASTOR RODERICK E. WALKER
On September...

Send flowers to the Walker family.