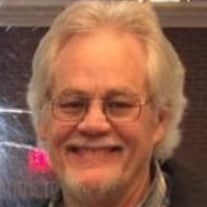 Thomas Dale Layton 61, of Ferguson Mo, passed away suddenly on Saturday January 1, 2022. Thomas was born January 18, 1960 in St. Louis MO to Allen and Caroline Layton. Tom or Tommy as he was also known by, graduated from St. Thomas Aquinas high school. After high school Tom worked with his late Father Allen Layton and 2 brothers Dan Layton(deceased) and Michael Layton(deceased) at Tractor Trailer Supply Company. Tom had over 40 years of service at Tractor Trailer Supply Company and had part ownership of the business. Tom is survived by his Sons, Brandon Layton and Allen Layton, daughter in law Leann Layton, grandson Lewis Layton, nephew’s Sean Layton, Chris Layton, Ken Moeser, niece Kaitlyn Layton, Sister Jean Layton and loving Girlfriend Mari Taylor. Tom was a laid back man that was loved by many. When his Brother Michael Layton passed away in 2015 many of Michael’s friends became close friends to Tom which made them part of the family forever. Tom was passionate about hockey. Tom coached many youth hockey teams thru the years. Tom was loved by his players and he had great joy spreading hockey to young men. Tom started a roller hockey team for Chaminade High school and helped coach the Mccluer High school roller hockey team. Tom was a huge St. Louis Blues fan and season ticket holder. He had to wait many years for a Stanley Cup, but in 2019 the Blues won the cup and Tom was able to celebrate the championship and even get to go to a player’s party with the cup. Tom loved collecting St. Louis Blues memorabilia. Tom was also an animal lover and over the years he would take in any stray cat or dog that he found in the City around his work and find placement or feed the animals. He cared deeply for animals that were neglected or left by previous owners. Tom had so much personality and loved to dress up for Blues games, parties and events. One of Tom’s proudest moments was becoming a Grandpa and the joy that brought him was contagious. Tom will be missed dearly and the countless lives touched by his loss will be felt by many. Tom will want us to carry on his memory and he will never be forgotten. In lieu of Flowers please donate to Humane Society St. Louis or Stray Rescue

The family of Thomas Dale Layton created this Life Tributes page to make it easy to share your memories.

Thomas Dale Layton 61, of Ferguson Mo, passed away suddenly on...

Send flowers to the Layton family.